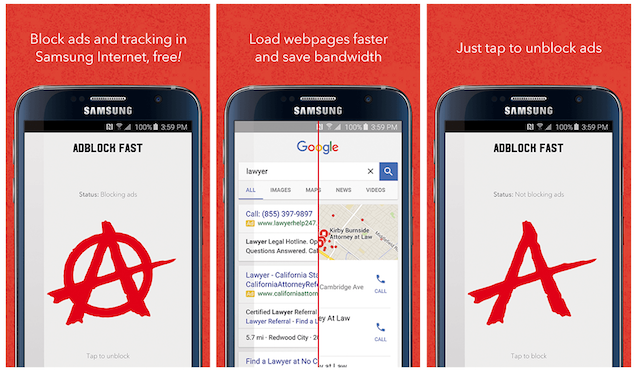 Just a few days ago, Samsung announced to their users that their native browser, called Samsung Internet, is now in full support for ad blocking technology. The updated browser has been available for Samsung users a few days ago. With this announcement, Samsung also introduced Adblock Fast, which is an ad blocking extension that can be installed on its native browser. Adblock Fast works as an extension that allows the users to block ads on websites, so that they can enjoy a more comfortable browsing experience with Samsung’s native browser.

However, recently, it has been reported that Adblock Fast has been removed by Google without warning, preventing further download of the app from Google Play Store. Google has sent an email to the developer of the app regarding the removal of the app. Google said in the email that the Adblock Fast developer has violated one section in the Developer Distribution Agreement, in section 4.4. Google informs that the app has interfered the workings of other apps in some way.

I reviewed Adblock Fast, com.rocketshipapps.adblockfast, and found that it violates section 4.4 of the Developer Distribution Agreement. This particular app has been disabled as a policy strike.

Just as a reminder, you’ve agreed to follow the Google Play Developer Program Policies and additional enforcement could occur if there are further policy issues with your apps.

If you’ve reviewed the policies and feel this rejection may have been in error, please reach out to our policy support team. One of my colleagues will get back to you within 2 business days.

I appreciate your support of Google Play!

Here is the excerpt of section 4.4 of the Google Developer Distribution Agreement:

“4.4 Prohibited Actions. You agree that you will not engage in any activity with the Store, including the development or distribution of Products, that interferes with, disrupts, damages, or accesses in an unauthorized manner the devices, servers, networks, or other properties or services of any third party including, but not limited to, Android users, Google or any mobile network operator. You may not use customer information obtained from the Store to sell or distribute Products outside of the Store.”

It has been known that as an advertising company, Google is making money through the ads displayed to the users. Thus, it makes sense that Google doesn’t allow any kind of ad blocking apps to be available in their Play Store. However, Google has stated that the reason for the removal of the app is that the company doesn’t want to create bad experiences for the users and the developers.

Adblock Fast was removed when it has reached the top chart of popular downloads, with 50,000 downloads and counting. 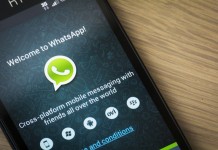