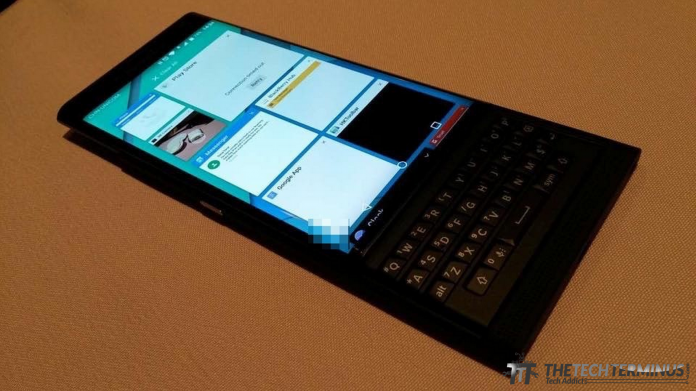 The reason why Blackberry decided to install the Android OS into its smartphone is probably due to the market share of the Android OS itself. Currently, Android is the most widely-used mobile operating system with the biggest market share. Meanwhile the market share of the Blackberry OS itself is suffering very badly, in which, if the company didn’t take any courageous leap in the mobile industry, it may suffer the same fate as other dead mobile operating systems and brands out there, like Symbian OS, Palm OS, Nokia, and the likes. Blackberry’s decision to use the Android operating system to power its newest device is probably one of the smartest decisions the company ever make to save the Blackberry brand from a complete disappearance.

Of course, by installing Android into its newest device, Blackberry doesn’t want to succumb itself entirely into the Android environment. Instead, it somehow managed to combine lots of good Blackberry features into its Android-powered smartphone, the Blackberry Priv. One good feature that Blackberry is highly acclaimed for is security and privacy. The Blackberry Priv offers advanced security and privacy technology combined with the powerful Android operating system, which creates the ultimate experience for the users.

The Blackberry Priv comes with a 5.4-inch AMOLED screen, with a resolution of 1440×2560 pixels. There’s a QWERTY keyboard attached to the screen, just like most of Blackberry models. The device uses quad-core 1.4 GHz Cortex-A53 and dual-core 1.8 GHz Cortex-A57 processors, along with Adreno 418 GPU and 3 GB RAM. For the storage, the Blackberry Priv has 32 GB internal storage, with an expandable MicroSD storage with up to 200 GB in size. The device is powered by Android Lollipop 5.1.1 OS.

For the camera, Blackberry Priv offers Schneider-Kreuznach optics, with auto focus, optical image stabilization, and dual tone flash. The primary camera uses 18 MP resolution, while the front camera uses 2 MP resolution. It allows you to take 1080p HD video at 60 FPS as well as 2160p video at 30 FPS, with face detection, panorama, touch focus, HDR and Geo-tagging features. For the battery, it uses a 3410 mAh battery that is capable for longer operation time for your device.

If you are familiar with an Android operating system, you will experience a different sensation when using Blackberry Priv. With patented Blackberry security technology combined with the flexibility of the Android system, the Priv will become a unique combination of performance, flexibility, security, and privacy for the users. Additionally, with the attachment of a physical keyboard on the device, typing on Android will feel like typing on any regular Blackberry device. Currently, Blackberry Priv is expected to be launched in November 2015.